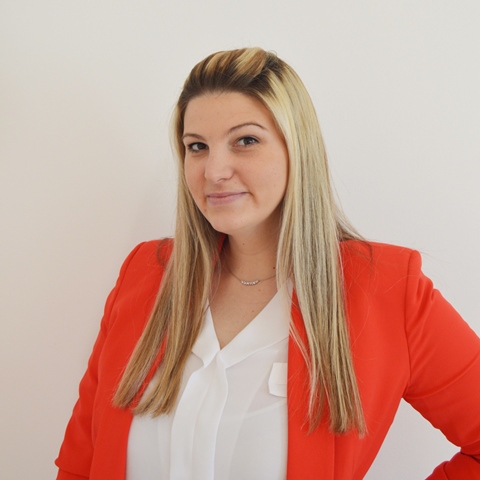 Katarina Mitrović is a Research Associate at the Institute of Ethnography of the Serbian Academy of Sciences and Arts. She was born in 1991 in Belgrade, where she finished primary and secondary school. She completed her undergraduate, master's and doctoral studies at the Department of Ethnology and Anthropology, Faculty of Philosophy, University of Belgrade. She graduated in 2015 defending her bachelor's thesis titled: “Language and Identity: Defense of Identity through the Prism of Native American Languages”. She received her master's degree a year later with her master's thesis “International Student Exchange as an Anthropological Issue: Case Study of Student Migrations between Serbia and North America” being awarded the "Borivoje Drobnjaković" award issued by the Ethnographic Museum in Belgrade. She received her doctoral degree in 2021 after defending the doctoral dissertation “The Phenomenon of ‘Extended Youth’ in Belgrade: Ethnological and Anthropological Analysis”. During her studies, she participated in exchange programs enriching her academic experience by studying in the United States (University of Wyoming, Laramie 2014-2015) and Greece (Panteion University of Social and Political Sciences, Athens 2019). She received scholarships from the Ministry of Education, Science and Technological Development, the Fund for Young Talents of the Republic of Serbia, the Global UGRAD program sponsored by the U.S. Department of State, and the Erasmus + program of the European Union.

From 2016 to 2021, Katarina Mitrović was engaged at the Department of Ethnology and Anthropology and the Institute of Ethnology and Anthropology, Faculty of Philosophy, University of Belgrade. She assisted with two courses: Anthropology of the World - Comparative Religion and National Ethnology/Anthropology - Body and Identity. Furthermore, she participated in the following research projects of the Institute of Ethnology and Anthropology: “Identity Policies of European Union: Adaptation and Application in the Republic of Serbia” (177017) and "Anthropological Study of Serbia - from Cultural Heritage to Modern Society" (177035). Katarina Mitrović also participated in the international projects Shared Cities: Creative Momentum (2017) and The Western Balkans as a “double transit” room: Solidarities, boundary drawings and boundary transgressions between migrants and local residents on their way to the EU (2020). Since 2021, she has been working in the editorial office of the journals Anthropology and Anthropological Journal of European Cultures. In addition to her regular participation in scientific conferences, she is also the author of several scientific papers in relevant publications.