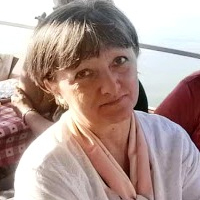 She worked in the Institute for Protection of Cultural Monuments (1982-1983). Since 1986 till 1989 she worked in the National Museum in Vranje as a museum custodian. During 1994 she worked as an associate expert in the company for production and trade of traditional craft products called “Baltic“. This is also the year when she came to the Ethnographic Institute SASA. In the beginning she worked on organizing of library holdings.

At the moment she is engaged in the project Food Culture in Vojvodina through ritual practice. Linguistic and ethnological aspects (2009-2020); Interdisciplinary research of Serbian cultural and lingvistic heritage. Creation of multimedial internet portal „The Lexicon of Serbian Culture“ (2011-2019) and Identity Strategy: contemporary culture and religiosity (2011-2019)

She participates scientific and specialist gatherings in country and abroad. She was a member of the editorial board of Vršački venac and Etnokulturološki zbornik. She was also a secretary of Ethnological society of Serbia and she worked as an expert associate on the scenario and screening of the film Virdžina, by Srđan Karanović. Apart from authorized exhibitions, she published numerous scientific papers and two monographic publications.

She has done several field researches. Her focus is on the annual rituals, clothes, food, identity, migration, folklore etc.