Home / About Us / Library 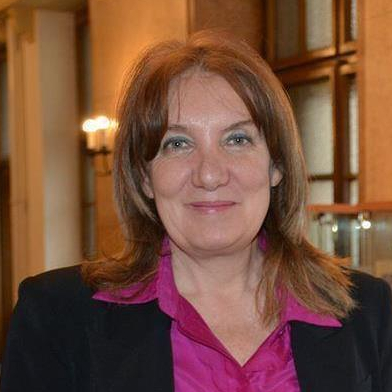 The Library is open to outside users:

Bookstores that carry publications of the Institute of Ethnography SASA

The library of the Institute of Ethnography SASA is a professional scientific library which, along with the Central library of the SASA, the libraries of the Department of Ethnology and Anthropology at the Faculty of Philosophy and the Ethnographic museum represents the hub of ethnological and anthropological literature in Serbia. Its primary role is to serve the needs of scientific, professional and project-oriented work. It is primarily intended for the use of the researchers employed at the Institute and researchers on stipends, but also academics, scientists, associates from other institutes, university faculty, students and all citizens who can’t acquire the literature they need anywhere else.

The library of the Institute of Ethnography began its operation right after the foundation of the Institute, in September 1947, as a reference library. The first book was bought and listed as number 1 in the Inventory of books and atlases on September 29th 1947. The library fund was at first enriched by publications which were bought or received as gifts, mostly from the Serbian Academy of Sciences, the Ethnographic Museum in Belgrade, the Museum of Vojvodina in Novi Sad, the National Museum of Bosnia and Herzegovina in Sarajevo, and others. In 1950 the inventory already numbered more than 3600 books, journals and edited volumes. That same year the first librarian was employed – Emilija Cerović, an art historian. In 1952 the library was moved to separate quarters. Later on an exchange was established with other similar scientific and cultural institutions in the country and abroad, and it continues to this day. The acquistion policy is tuned to the needs of the Institute and the users of its services. The acquistion of foreign periodicals is also done through coordinated acquistion (KORDI), funded by the Ministry of Science, and carried out by the Serbian National library.

The library has a basic fund of domestic and foreign monographs and periodicals pertaining to ethnography, ethnology, anthropology, folklore, anthropogeography and similar disciplines.

The collection of audiovisual materials, which has been recently established, consists of CDs, video and audio tapes.

Among the special funds, the library possesses a valuable collection of old and rare books. With over a hundred individual publications which are duly evidenced in the Library, and other relevant cultural institutions, and kept in accordance with regulations, the Library of the Institute of Ethnography is among the top libraries of scientific institutions in Serbia. More than 500 maps and as many ethnographic drawings and aquarelles by academic painter Olga Benson, 24000 typewritten manuscripts of folk poems recorded over long years of fieldwork and other such data complete the value of the library and documentation fund of the Institute of Ethnography SASA.

The library contains a reading room with 12 available spots.

Computer and scanner. Users can access the KOBSON data base which allows them access to large digital bases of books and journals with over 35000 titles, as well as the digital catalogue of the Virtual library of Serbia containing more than 2300000 files. Since 2010 it is possible to electronically access and search a part of the fund of periodical and monographic publications of the Institute of Ethnography SASA.