Home / About Us / About the Institute 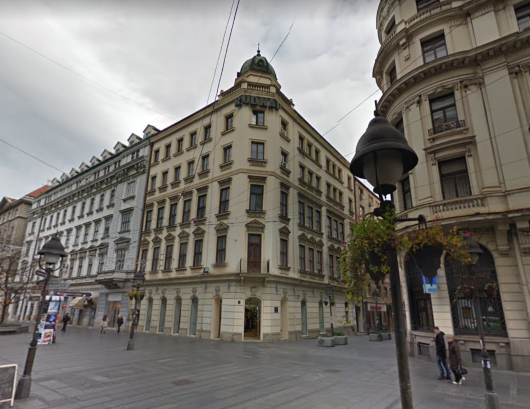 The Institute of Ethnography SASA

The Institute of Ethnography of the Serbian Academy of Sciences and Arts is the central national research institution engaging in systematic ethnological and anthropological study of Serbian culture, both within the country-s borders and abroad.

The projects realized by the Institute center around the study of both historical and contemporary social processes and phenomena dealing with different types of individual and collective identity strategies.

Researchers employed by the Institute of Ethnography are focused on the research of traditional and modern patterns and values within the national culture (material, social and spiritual), and establishing regularities within the processes of cultural change caused by local and global transformations and social, economic and political flows. The research strategies utilized by the Institute of Ethnography entail the continuing modernization and improvement of research methods and theories, as well as work on regional, thematic and general ethnological/anthropological themes and issues.

The Institute of Ethnography of the SASA has compiled and published a large body of ethnographic data and organized numerous scientific conferences. International cooperation and a vibrant publishing endeavor are nurtured continually. The hard work of generations of diligent researchers and scientists has gone into the foundations of the Institute as it is today – a modern, open and perspective institution for scientific research.

Pertaining to the organization and content of the conducted research, the work conducted by the Institute of Ethnography can be grouped as follows. Up until the mid-1980’s fundamental ethnic research was carried out on the whole territory of Serbia: the ethnic mosaic of the area; the culture of living; masonry; economy; customs; folklore; research into the cultural transformations that emerged as a consequence of the industrialization and urbanization and great public infrastructural undertakings (for example the building of the Kolubara basin, the hydroelectric power plant Djerdap and the Belgrade-Bar railroad). Research into urban environments was initiated in the same period as well. The research was conducted systematically, and the results were presented in the Institute’s publications.

Political, social and demographic changes which occurred during the 1990’s have brought new interests and themes to ethnological research. The great population shifts, transitional processes and new cultural and social amalgamations which emerged from the processes of geographic and political divisions  ushered in the application of contemporary theoretical and methodological approaches. Because of the demise of the SFRY, the social and economic crises which occurred and the lack of financing, these processes have unfortunately not always been followed up by organized and systematic ethnological research. However, even during this period, the researchers of the Institute of Ethnography conducted important studies of the changes that occurred, and the results of these studies represent an important testimony about the cultural history of the Republic of Serbia.

At the start of the new millennium the research into contemporary cultural and ethnic processes has been continued. The projects carried out by the Institute of Ethnography focus on immaterial cultural heritage, ethnic identity, interethnic communications and multiculturalism, contemporary and traditional forms of religiosity, the diversity of current cultural concepts.