News - A new publication within Metroon: Sources in Ethnology and Anthropology

Home / News / A new publication within Metroon: Sources in Ethnology and Anthropology 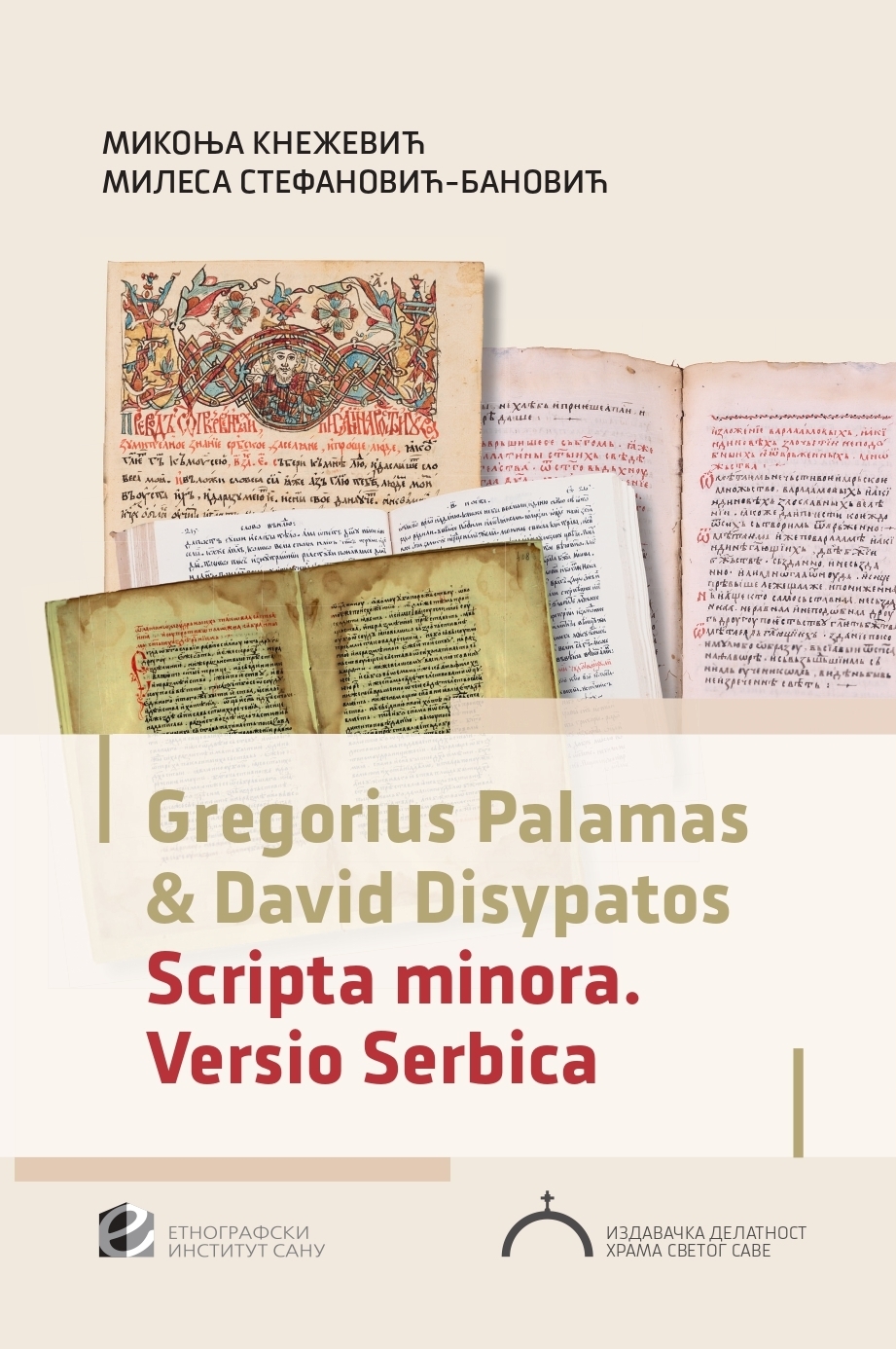 A new publication within Metroon: Sources in Ethnology and Anthropology

As part of the new series of monographs of the SASA Institute of Ethnography, a second publication, entitled “Gregorius Palamas and David Disypatos. Scripta minora. Versio Serbica” has been published. The book, edited by Professor Mikonja Knežević, PhD, and Milesa Stefanović-Banović, PhD, represents a significant study of the Byzantine-Serbian cultural ties that were particularly intense in the 14th century. The archival materials presented in the book are hitherto unknown sources that can offer new insights into the Serbian cultural heritage of the Middle Ages, as well as be used for ethnological and anthropological research of that period. The presented materials show which intellectual and spiritual movements were crucial for modeling the Serbian cultural pattern and Serbian religious identity at the end of the Middle Ages.

The monograph contains a critique of the Serbian-Slavic translations of the three short texts of Gregory Palamas, a representative thinker of the (Late) Byzantine Middle Ages, and a treatise by David Disypatos, a disciple of Palamas and a little-known author to our scientific community. All the previously known (as well as some new) transcripts of these discussions were taken into account. Their Greek forms, together with translations into contemporary Serbian are also included. Each of the original texts is accompanied by extensive analytical study, whereby the texts are interpreted both in terms of context and from an interdisciplinary-historical, textual, philosophical, cultural, theological and philological perspective. The book also contains, in the form of an Appendix, the Synaxarion of Saint Gregory Palamas translated and edited by Gavrilo Stefanović Venclović. The original text is also accompanied by a comprehensive study of the translation process, possible form and linguistic characteristics of the text.

The co-editor of the monograph is the Temple of Saint Sava 2021 publishing house.